Christie’s kicked off the marathon of Frieze Week evening sales in London on October 13th with a hybrid, in-person/online event, with several cameras capturing the proceedings to be streamed online, and a 2 p.m. timing, meaning there was a more casual feel among attendees in the sale room.

Due to a highly uncertain retail environment the house was happy to forego the glitz that used to accompany these events in exchange for being able to capture bidders in Hong Kong after dinner and New Yorkers at the breakfast table, particularly given the strong position of the dollar right now to the GBP.

The sale totaled £72.5 million, above its £40.5 million to £55.8 million pre-sale estimate, though it should be noted that final prices include buyer’s premium, while pre-sale estimates do not. It also outperformed last year’s £64.5 million total for the equivalent sale, though that sale had seven fewer lots.

Three lots were withdrawn ahead of the 47-lot sale, paintings by Urs Fischer and Peter Doig, and a KAWS sculpture. During the sale, 62 percent of bidding came from Europe, Middle East, and Africa, and 23 percent from Asia Pacific. Perhaps surprisingly given the favorable exchange rate for the dollar, just 15 percent was from the Americas.

The top lot of the sale was an unusual early career David Hockney's painting executed in the late ‘60s, a Mediterranean sunrise in a pink and purple color palette. The consignor acquired it from Christie’s New York in 1988 for $352,000. Holding onto it paid off, as the work—which was backed by a third-party guarantee—hammered at £18 million, well beyond its £10 million upper estimate. 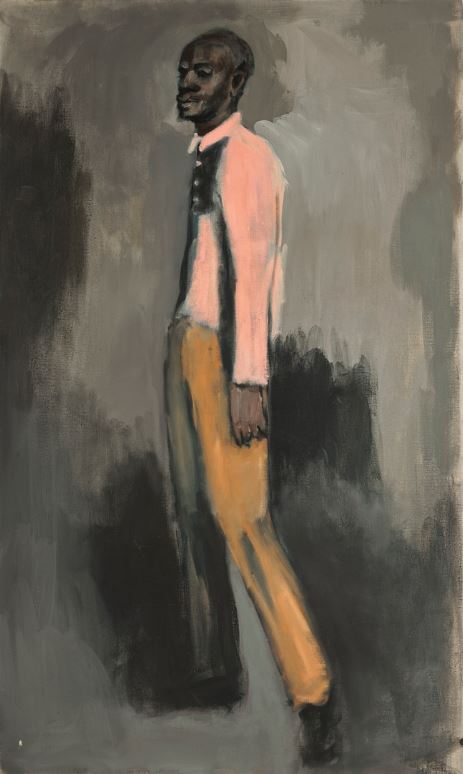 Later on, there was applause in the room for Tracey Emin, who consigned a new painting directly to the sale to raise funds for her residency program in Margate. The acrylic on canvas, Like A Cloud of Blood (2022), hammered at £1.9 million, nearly four times its low estimate after vigorous bidding in the room and on the phones.

From the same distinguished American collection came works by ultra-contemporary stars Christina Quarles, Shara Hughes, Rashid Johnson, Dana Schutz, and Mickalene Thomas (all of which were guaranteed in house). The best performer of the lot was Johnson’s black soap and wax Untitled Anxious Audience (2016), which made £700,000—right on its low estimate.

Elsewhere, two diminutive drawings by Freud, once gifted to his girlfriend Lorna Garman Wishart, hammered for a combined £310,000, whilst Francis Bacon’s Painting 1990 hammered at £5.9 million, well below its £7 million low estimate, and the result is perhaps the most telling high-value lot of the night, as it did not carry a guarantee.

The main evening auction was followed by the sale of Robert Devereux’s collection of contemporary African art, which totaled £2.9 million, above its £2.7 million pre-sale upper estimate. The top lot was a painting by Lynette Yiadom-Boakye, which made £1.5 million, more than double its lower estimate. 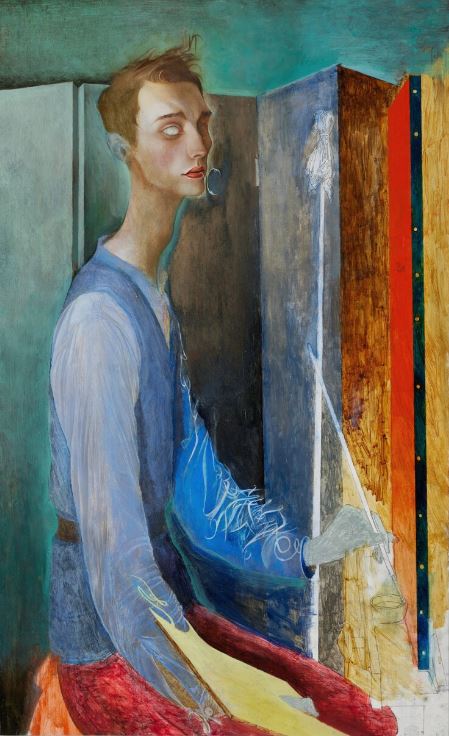 An overall very solid performance was registered at Sotheby’s the following day, on October 14th, where two back-to-back evening contemporary art auctions capitalized on the crowds of collectors who flocked in town for Frieze.

Bidding on the roughly 50 lots on offer was at times spectacular, and it is safe to say that US buyers continued to take advantage of the record strength of the dollar as compared with the British pound. The evening kicked off with a smaller offering of 17 works under the label The Now, which comprised of ultra-contemporary art. It realized £11.4 million, near the high end of presale expectations, set numerous new auction records and saw intense competition for artists including Louise Giovanelli, Kiki Kogelnik, Julien Nguyen, Charlene von Heyl, and Caroline Walker.

It was a painting by Nguyen that opened the evening, and the price smashed expectations. Kye, Semper Solus (2017) was estimated at £40,000 and was chased by at least four bidders to eventually sell for £453,600, more than ten times that level. Nguyen’s work, which clearly shows the influence of Italian Renaissance painters, has been acquired by the Whitney Museum in the past.

Despite that Banksy was the top selling artist of the sale, the bidding patterns on the two works offered seemed to be resistant to the asking prices. Both sold despite missing their low estimates, on a hammer basis.

In the evening sale that followed that same night, where secondary market works by the usual big names were concentrated, a major Francis Bacon, Three Studies for Portrait of Henrietta Moraes (1963) was the top seller of the main evening sale, and came with an illustrious provenance.

It was snapped up by media mogul William Paley just months after it was painted and had been on long-term loan to the Museum of Modern Art since his death in 1990. It was sold to benefit MoMA and other charitable organizations. Auctioneer Oliver Barker hammered it to chairman of contemporary art Gregoire Billault, on the phone with a client, for £23 million. Presumably the winning bidder was also the third-party backer as there did not appear to be competing bids.

In similar trophy territory was Gerhard Richter’s 192 Farben (1966), said to be his first abstract painting, and which had been on long term loan in Hamburg, to the Hamburger Kunsthalle from 1997 to 2022. It carried an estimate of £13 million to £18 million and was also backed by a third-party bid. At least three bidders pursued the work before it went to a Sotheby’s specialist on the phone banks bidding on behalf of a client, for a premium inclusive price of £18.3 million. 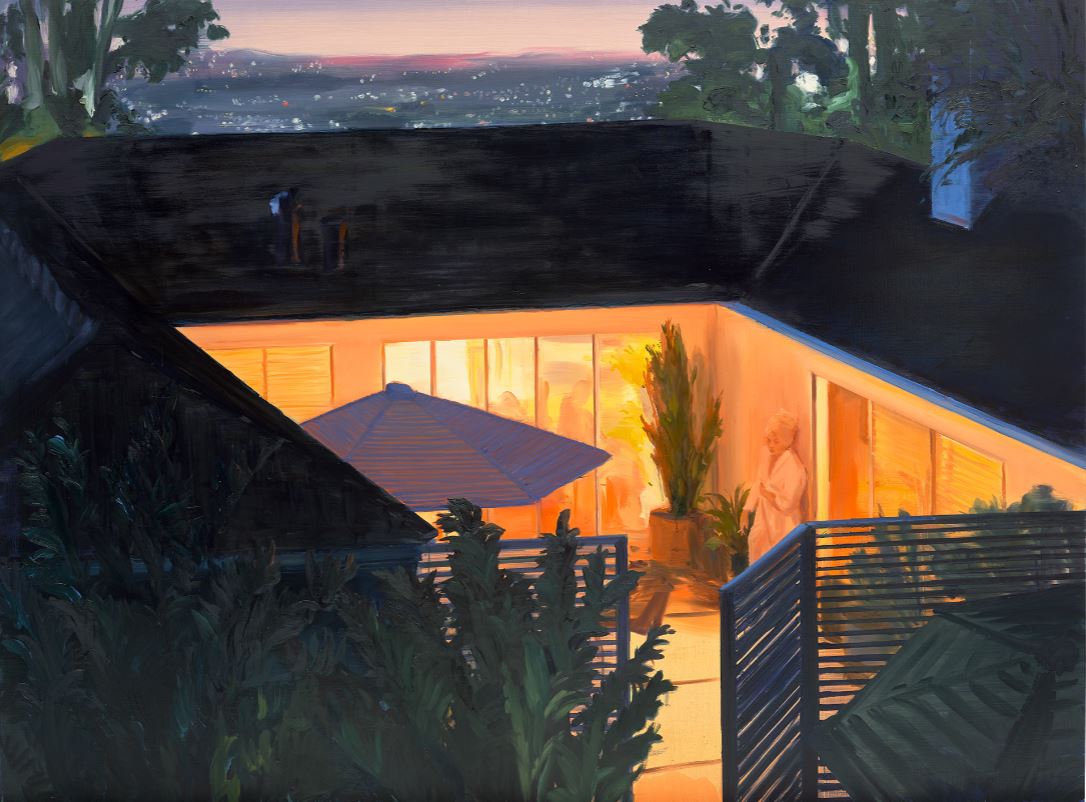 To conclude, also on October 14th, Phillips achieved £18.7 million from their 20th-century and contemporary art, squarely within the presale expectations of £14.8 million to £21 million and with the auction house that continued to live up to its reputation of introducing younger talent through its sales, setting a few new artist records.

Those were in fact achieved for artists such as British painter Michaela Yearwood-Dan, whose 2021 work Coping Mechanisms sold for £239,400 - more than five times above her previous record, also set at Phillips in London this June, and nearly eight times above the higher end of the presale estimate of £30,000. The abstract painting went to an online buyer from Japan.

The sale was also the auction debut for some artists, including the 1988-born American painter Julian Pace. His portrait Kanye drew fierce competition from various bidders, but it eventually sold for £113,400 to an online bidder from China, more than three times its presale estimate. And Pencil Flipper by Rebecca Ness, another auction first-timer, sold for £119,700 to a Hong Kong bidder online.

Equally astonishing, a 2011 untitled finger painting by Japanese artist Ayako Rokkaku—now among the top five best-selling Japanese artists according to Artnet Price Database—sold to an Asian bidder in the room for £296,100. Although the artist has had works included in day sales as well as online auctions before, this was her first appearance in a major London evening sale. 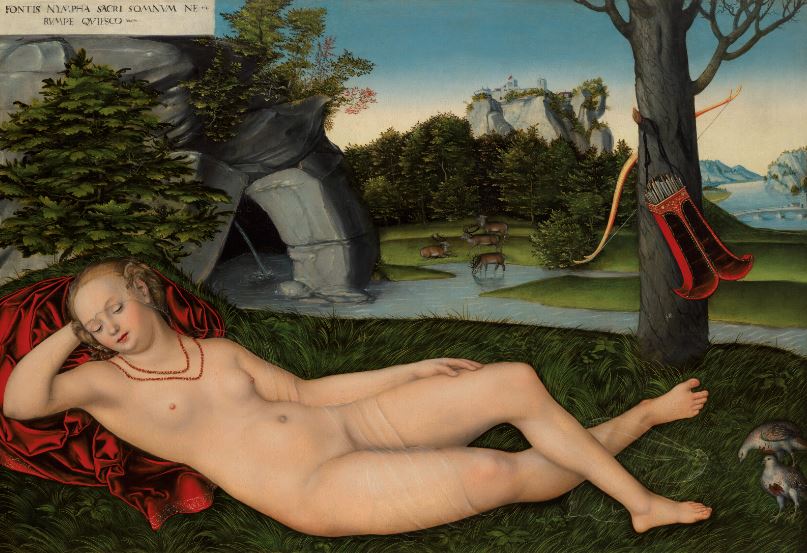 The Nymph of the Spring