As part of the changes in the international calendar undertaken by the major auction houses (changes initially led by Christie’s, with Sotheby’s and Bonhams ‘forced’ to adapt their schedule accordingly), earlier this week London hosted a series of high-profile sales, focussing on Impressionist, Surrealist & Modern Art.

Various remarkable results were achieved, the figures obtained were very robust (hence confirming the overall solidity of this specific market segment and the everlasting appetite of big collectors/institutions for museum-quality pieces) and a few relevant records were smashed.

It was Christie’s which started by hosting their Impressionist & Modern sale and Art of the Surreal Evening Sales on February the 28th. The combined grand total stopped slightly below the £137m threshold, fees included (£136,8m precisely), with 77 out of the original 84 lots sold (92% sold by lot; 96% by value).

Gauguin’s Te fare (Le maison), characterised by its vivid, bold, almost expressionist colours (in this sense, a real pioneering work given its early date - 1892) was fiercely disputed and achieved £ 20,3m (with fees), significantly above its pre-sale estimate set between £12 – 18m. 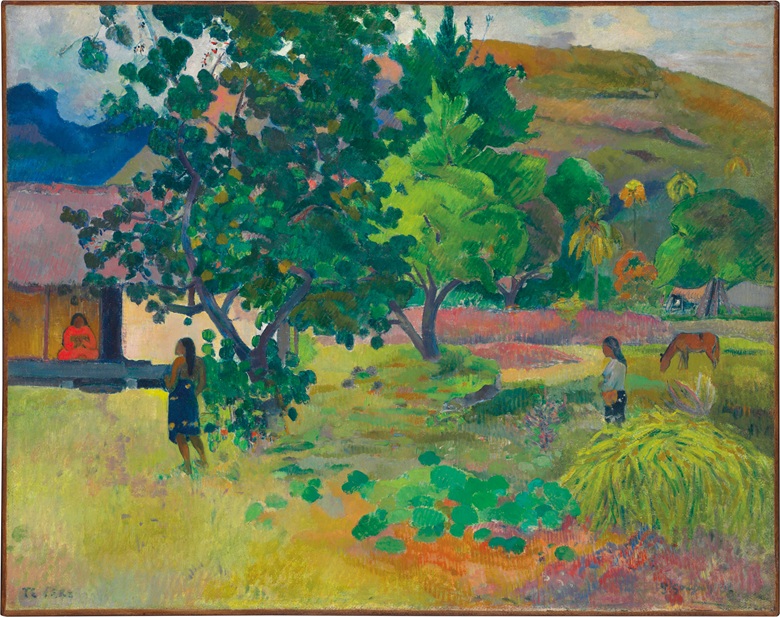 Belonging to Gauguin’s most fertile period, it represents the wild, untouched and lavish natural landscapes that such an inspiring impact had on the artist’s mind after his arrival in Tahiti in 1891, significantly contribuiting to the building-up of an intensely physicologically-charged imagination where line, form and especially colours mix with symbolism and myth in order to create an idyllic, suspended reality.

Magritte followed second with his La corde sensible raising £14,4m (fees included), just above the low estimate (£14 – 18m) but nonetheless enough to mark the new world auction record for this artist at auction. 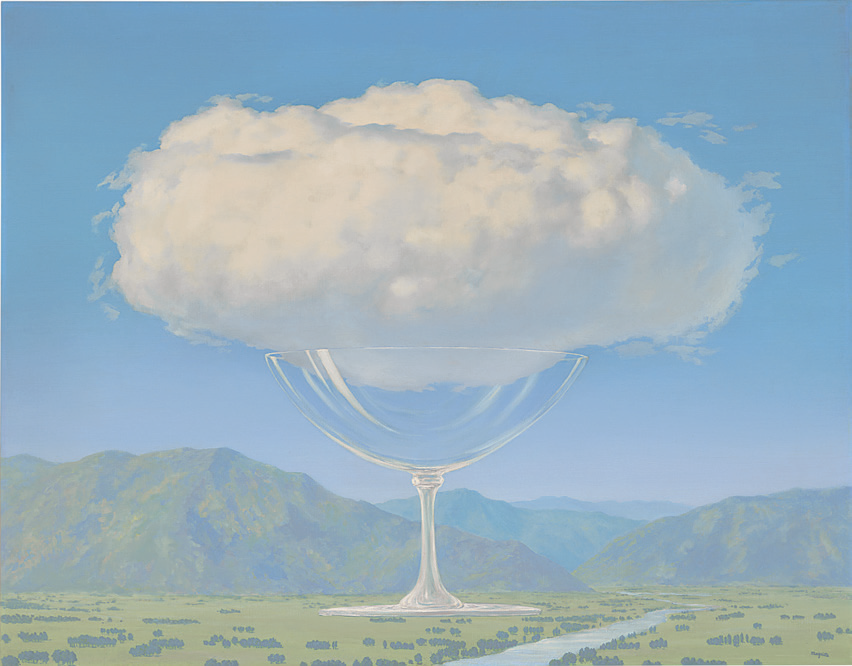 Painted in 1960, it epitomises Magritte’s life-long effort to combine together everyday objects (such as the glass) with others behind which lay metamorphic as well as symbolic meanings (see the cloud, a constant reference throughout most of his production) – a way of telling us about the underlying mystery that subtly imbues the real world in which we live.

By juxtaposing a rather different and apparently irreconcilable range of objects, he often encountered ‘problems’ – i.e., the apparent impossibility to match them within a single, harmonius form – to which, after a laborious and thorough process evidenced by the countless sketches and experiments the artist left us, Magritte was eventually able to find ‘solutions’ – i.e., the poetic affinity (or ‘poetic secret’, in his own words) able to tie them together.

The next day, March 1st, it was Sotheby’s hosting their own Impressionist/Modern plus Surrealist Art Evening auction and it turned out to be a highly-successful night: the combined grand total was £195m (with fees) – the highest total ever achieved for any auction held in London – bidding activity registered from 38 different countries, several records collected (for artists such as Alfred Sisley, Jean Arp, Oskar Kokoschka) and only 4 unsold lots out of of 35 in the Imp/Mod sale (2 out of 19 in the Surrealist section).

The headlines were all for Gustav Klimt’s Bauerngarten, a masterpiece painted by the Austrian master at the height of his career in 1907, which achieved an impressive £47,9m (including fees, estimate was on request). Praised by critics since its first apperance in a public exhibition (in Vienna in 1908), it earned him the title of sublime landscape painter. Obviously, Klimt being Klimt also when it came to landscapes and natural elements, this stunning example is characterised by symbolic,synthetic and even mystical features (throughout his whole career, the artist was deeply interested in investigating the essence of things, always trying to go beyond the mere physical connotations of objects).

Klimt apart, the sale was dominated by the presence of Pablo Picasso: seven of his works we offered and realised a grand total in excess of of £52m (fees included), with Plant de tomates playing the major role (estimated at £10-15m, it reached £17m). 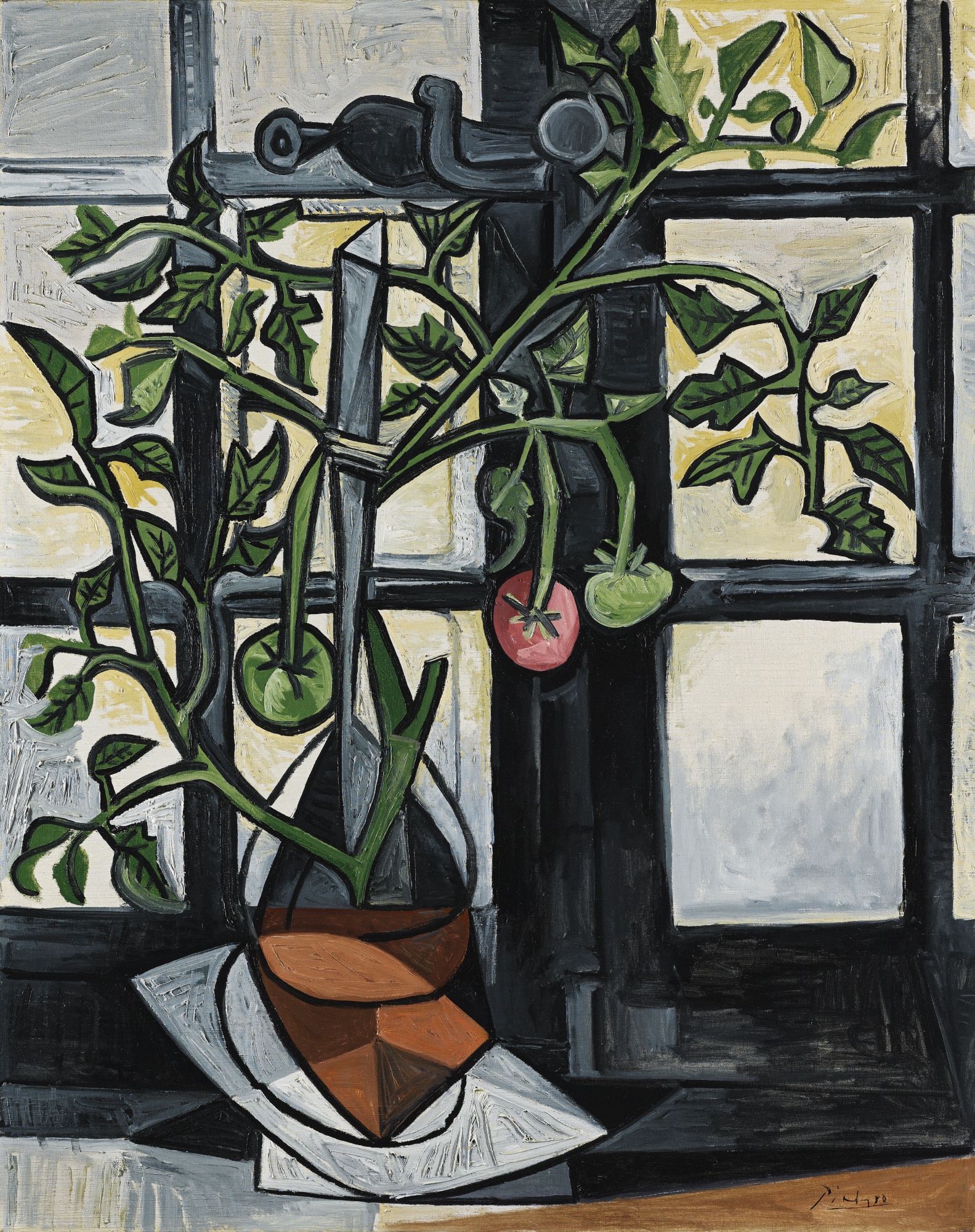 Once in the collection of American philanthropist Stephen Carlton Clark, who shared his passion about avant-garde art with his brother Robert Sterling Clark (founder of the Clark Art Institute in Williamstown, Massachusetts), it was painted in early August 1944 and was stimulated by the recent developments of WWII, when the allied forces were about to enter Paris and the terrible days of the Nazi Occupation seemed almost terminated.

Picasso’s hope and faith in a better, brighter future ahead of mankind and its tenacious resistance as well as survival instict when put in front of the worst possible scenarios are symbolised by the tomato plant in full bloom, with its ripe, heavy fruits progressively maturing and flourishing even in an uncommon – and partly unconfortable - environment for them (an urban setting, within an apartment).

Looking elsewhere in the dedicated catalogue, other highlights were Modigliani’s Portrait de Baranowski (sold for £16m with fees; estimate was £10-15m) and Alfred Sisley’s luminous, snowy Effet de neige à Louveciennes (raising £7.3m from its estimate set between £6-8m, as briefly mentioned above this now represents the new auction record for the painter). 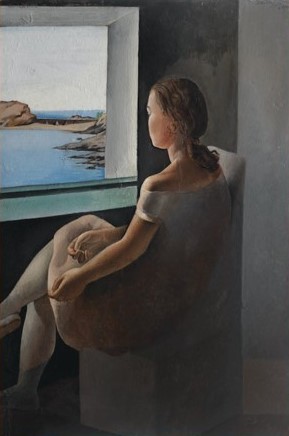 Bonhams then ended the series of auctions on March the 2nd. Their top lot was a fresh-to-the-market oil on board by Salvador Dali, Figura de perfil, dating back to 1925 when the painter was about to enter his Surrealist period. With an initial estimate between £800,000 and 1,2m, it climbed to reach £1,8m (including fees). Part of the success should perhaps be referred to its controversial story: the figure depicted is in fact his sister Ana María, Dali’s favourite subject at the time but whose relationship with would then start deteriorating progressively later on (fom the early 1940s), following the publication of The secret life of Dali by the artist in 1942. Brother and sister at a certain point were in such bad terms that Ana María subsequently decided to dispose of the painting and personally presented it to the family of the owners who consigned the work to Bonhams.

To conclude, this one has undoubtedly be a successful week but right before TEFAF takes off (the VIP preview is scheduled on March the 9th) London will still be at the epicentre of the global art world, with the Post War & Contemporary Art sales taking place here in a very few days…more market reviews to soon follow!