It's already joyous Spring time for the international art market!

Following on the results of the Impressionist & Modern Art auction, March wrapped up a highly successful week for Contemporary Art as well. Results were even more impressive, showing how the international art market is in full recovery – at least for the above segments - after a string of depressing outcomes marking most of 2017, in London and elsewhere.

Overall, £343m (with fees) were raised by Evening Sales at Christie’s, Sotheby’s and Phillips respectively. From an auction perspective, the result achieved by Phillips’ London team was undoubtedly the most unexpected: presenting a mix of 20th Century art (therefore not strictly focussed on Contemporary Art), it gathered £97m, with buyer’s premium included, accompanied by stunning 92% sell through rate – the highest ever total for the auction house, in global terms and across all categories.

No surprise we would hence like to start this post-sale review with a quick analysis of this specific auction. 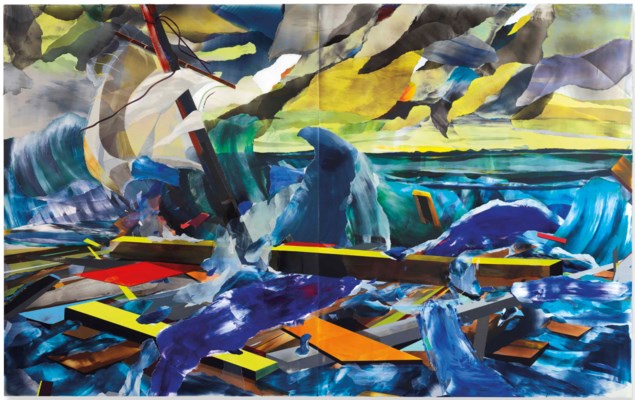 The Raft of Perseus

Moving on to the big guns, the most successful sale of the whole week in terms of both revenues and average quality was Christie’s one, demonstrating once more the positive momentum which the Pinault guys are currently going through (they are winning top consignments in series, culminating with the Rockefeller Collection going on sale in NYC this May).

The £137m threshold (considering fees) was hit, making this the highest ever dedicated auction taking place in London (92% was sold by lot and 96% by value).

The top lot was Andy Warhol’s Six Self-Portraits, a rare masterpiece completed by the Pop Art guru only months before his death in 1987 and included in the first and only exhibition entirely centred on Andy’s portraits (at the Anthony d’Offay’s London gallery in 1986). It managed to gather in excess of £22m, with fees.

Stuffed with great pieces by established names (it is also worth mentioning a unique and stylish piece by Lucio Fontana, Concetto Spaziale, Attese, executed in 1965 and representing a brilliant example of the artist’s ability to cross the borders between flat art and design – adjudicated for £8,6m including buyer’s premium), our attention was immediately directed towards an ambitious and monumental work: The Raft of Perseus by US-based young artist Kristin Baker.

Raised to international recognition in the early 2000s when she started collecting high profile shows at Deitch Projects, Acme (LA), Gavin’s Brown, Centre Pompidou as well as Saatchi Gallery in London, with the present work Baker has decided to give her own personal interpretation of a key painting for 19th Century European painting, The Raft of the Medusa by Théodore Géricault (1791-1824). This is part of a wider project which sees the artist, initially influenced by the world of motorsports, now constantly looking back at previous art historical movements and figures. The Raft of Perseus is a colossal (254.4 x 405 cm) juxtaposition of planks, shards, sails as well as masts of colour creating vibrant and powerful masses of material and pigment. The glossy surface, an effect enhanced by Baker’s wise decision to work on PVC rather than on canvas, is permeated by an overall sense of vigorous energy and dynamism (a clear reference she owes to the Italian Futurism) that makes the viewer feel at the centre of the scene and a live witness of the imminent disaster. One of the ‘cheapest’ lots within the whole auction (estimate was £50-70,000), it sold for an overall £100,000. 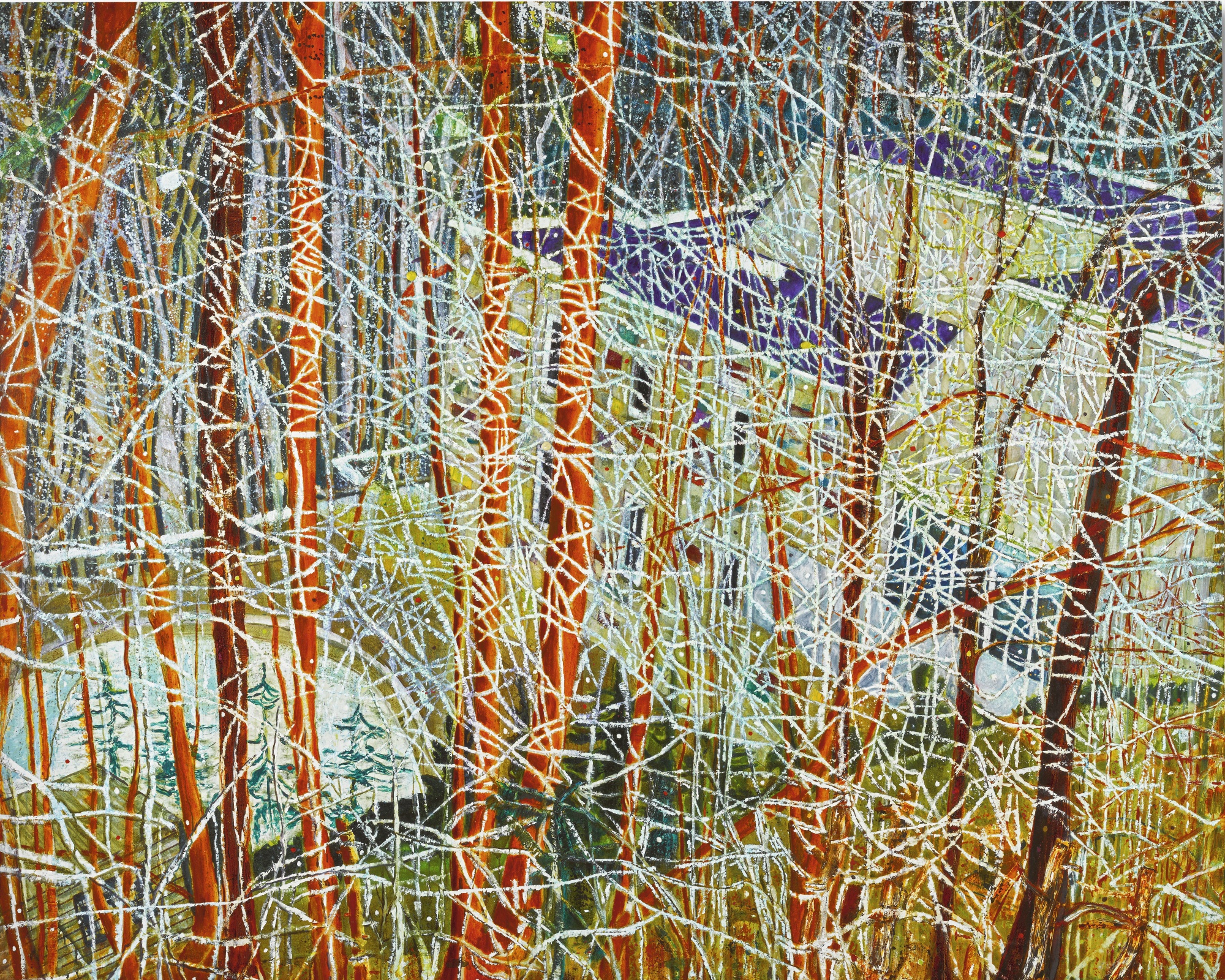 The Architect's Home in the Ravine

Sotheby’s Evening Sale also significantly contributed to the week’s very healthy performances, putting together a robust £109m figure, even though the auction proved to be less spectacular in general.

In this case, it was Peter Doig who took the stage. His The Architect’s Home in the Ravine, a work from 1991 which has been at auction four times in the last 16 years, being the last only two years ago (also in London, but with Christie’s), was the star lot of the night and obtained £14,3m (with buyer’s premium taken into consideration), only slightly above the low estimate..

As typically happens with Doig, it embodies both references to physical experiences and emotive recollections, helped by the use of photographic material. It is also a tour de force of thick paint lines which create an intricate layer in the foreground imitating the dense forest surrounding the big house in the background (that one of mathematician Eberhard Zeidler, in the wealthy suburb of Rosedale, Toronto). Additionally, the subject was also inspired by a visit to Le Corbusier’s building Untié d’Habitation in France, equally enclosed in a wood.

Such a painterly style, meticulously developed after a careful study of selected art historical references (ranging from Post-Impressionism – see Munch – to Jackson Pollock) became recurrent with the artist in the early 1990s and contributed to the success of a seminal body of works produced at that time, which marked a key moment in his career and influenced its further development.

Positioning itself on the edge between abstraction and representation, this canvas is a mesmeric work witnessing Doig’s ability to mix dreamlike, nostalgic memories with savvy painterly skills.