London Summer 2017 Auction Season - a summary of what happened

It was frenzy weeks as usual, marked by stellar prices and numerous records, the ones which have just sealed the auction Summer season in London this June/July.

Collectors, art aficionados and curious passers-by had the chance to admire an impressive series of fabulous art pieces – in some cases, real masterpieces – which in the end did not disappoint anyone, particularly in financial terms. In case it had gone unnoticed so far, these recent results have demonstrated once more how polarised towards the very high end the art market is right now (and will probably continue to do so in the foreseeable future): in other words, the rare and the expensive always sells…

It all started with Sotheby’s Impressionist & Modern Art Evening Sale on June, the 21st, when art worth more than £127m in total went down the hammer quite rapidly. Undoubtedly, the superstar of the night was Wassily Kandinsky, with two stunning auction records collected in the space of six lots: first it was Murnau – Landschaft mit grünen Haus, which fetched £21m (with fees), but then an even more remarkable result was achieved when Bild mit weissen Linien (see above), one the master’s early abstract paintings dating back to 1913, climbed to the impressive £33m (including fees) after a prolonged bidding battle. It was the London-based advisory firm Beaumont & Nathan who managed to adjudicate the lot, on behalf of a UK private collector. 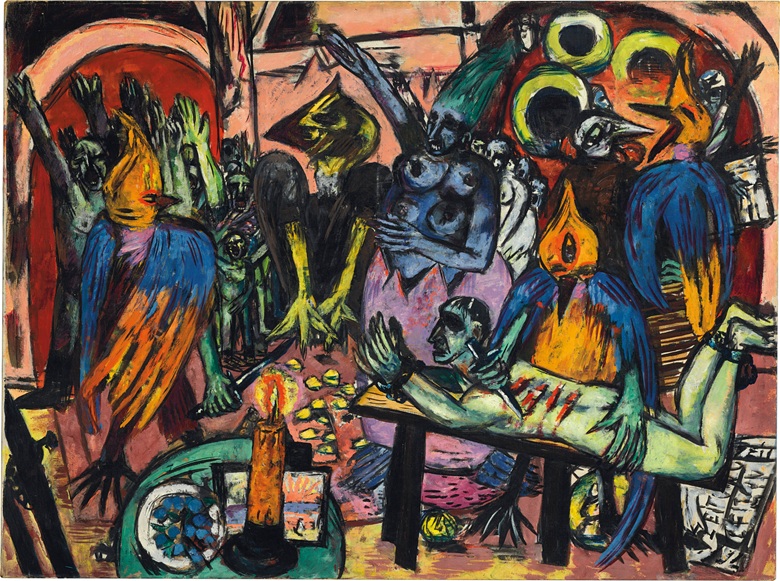 With the pyrotechnic nights of Impressionist/Modern Art masters still fresh in our minds, the focus swiftly moved to Contemporary Art. Sotheby’s held their dedicated Evening Sale on June 28th (with no correspondent auction at Christie’s, following their decision to radically subvert their annual sale calendar). And, surprise surprise, Warhol and his fellow Basquiat dominated the scene once more. This time round their pre-eminence was probably sharper than usual, also thanks to two outstanding works which were the result of the collaboration between the father of Pop Art and the then wild, brutal crusader of Neo-Expressionism, both coming from the prominent collection of fashion guru Tommy Hilfiger.

Sweet Pungent in particular caught our attention vividly (despite it not being the best-selling lot, gathering in total £4,4m – with fees). Conceived in 1983, it is a remarkable example of their complex, highly-interactive and mutually-stimulating relationship (nurtured by a strong friendship): Warhol started first by working on the background and enriching it with the gigantic reproduction of the General Electric logo, then Basquiat worked and re-worked on the medium by adding, amending, deleting with his peculiar frenetic, all-encompassing style. 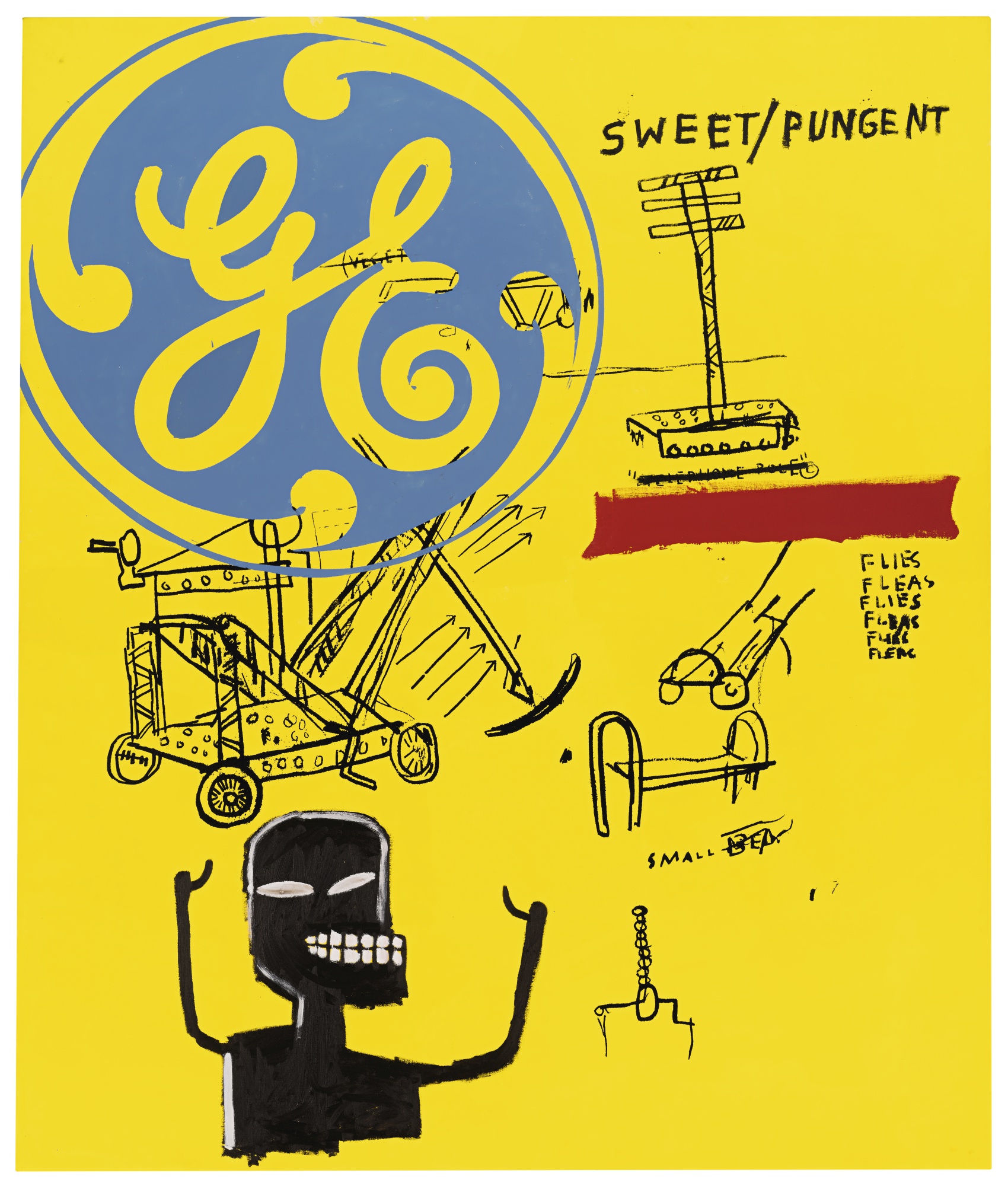 Equipped with impeccable provenance and an impressive exhibition history as well, this picture clearly represents one of the pinnacles of XVIII Century view painting and depicts the scene that would have greeted all the Grand Tour tourists entering Venice from the South. Guardi shows here his wonderful ability to reproduce the flickering atmosphere of the city through his wise use of suffused, shimmering and increasingly thin layers of pigment. Several details, such as the building in the foreground on lower left, with its open window and the typical Venetian chimney, reveal his inexhaustible passion for characteristic yet delicate details.

The Old Master Drawings sales featured some amazing lots too, above all the superb work by Canaletto titled The Coronation of the Doge on the Scala dei Giganti. In the end, it was purchased for £2.6m - including fees - over the phone by a renowned specialised dealer.

Exquisite example of Canaletto’s sublime genius as draughtsman and very probably executed at a rather late phase within the artist’s career, it originally belonged to a series of ten drawings depicting the Feste Ducali, ceremonies and festivals of the Doges in XVIII Century Venice, which were produced to then be converted into prints (12, by fellow Italian printmaker Giovanni Battista Brustoloni) as well as paintings (by Francesco Guardi). 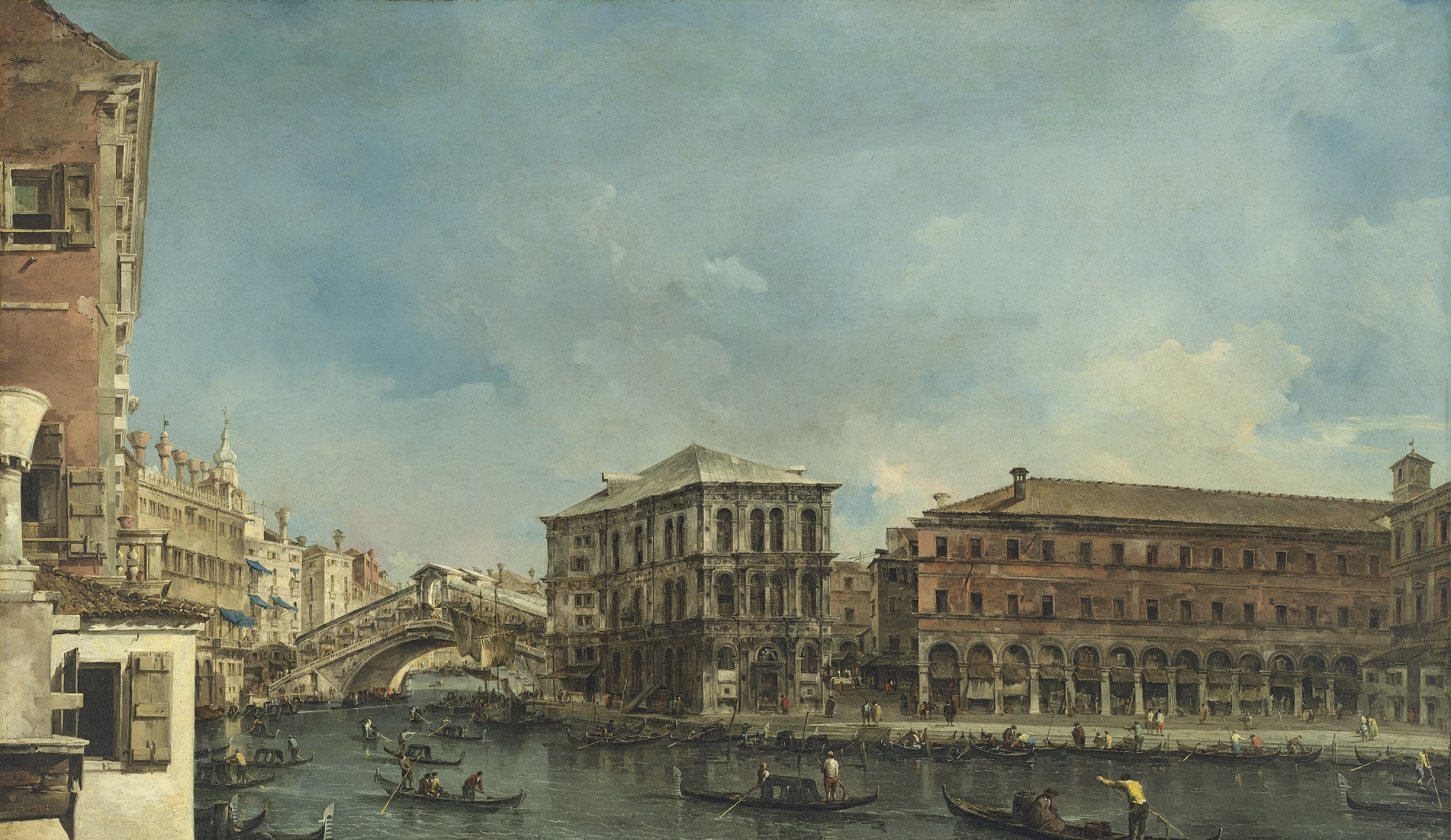 The Rialto Bridge with the Palazzo dei Camerlenghi

The artist was used to create accurate compositions taken from specific locations, often following the request of his noble patrons, however images of actual historical events(such as this one, with the Doge being crowned) are rare. Adding to the piece’s unique features, the fact that it had stayed within in the same, English prestigious aristocratic collection (the Hoare family) for over two centuries, changed ownership only three times since it was conceived and had not been offered at auction since 1883.

We believe the above is definitely enough for now…as always, we hope you very much enjoyed our review! After such a tourbillon, the art market now takes a well-deserved (as well as much-needed) break…it is finally time to strand on the Riviera beaches and enjoy the Summer, see you all in September!

The Coronation of the Doge on the Scala dei Giganti