Portrait of a Youth (detail)

Despite the prolonged uncertainties linked to the pandemic – will vaccines save us all? If yes, when? – auction houses seem to have found a somewhat solid emergency plan in order to fare well through these difficult times: squeezing highly valuable artworks by names with great potential or consolidated market power in a single catalogue and go ahead with the virtual, across-categories-as-well-as-locations sale format

Sotheby’s managed to pull in £96.9M last week, on March 25th, during a sale entitled 'Modern Renaissance', featuring work from the 1500s to the present. Combined with the Impressionist and Modern sale that preceded it, the overall proceedings were £93M.

The mixing of genres made for a sale with a pretty diverse set of highlights: the sale in fact saw new records for artists from completely different backgrounds: from František Kupka to Piero del Pollaiolo, from Bahman Mohasses to Frank Dobson. 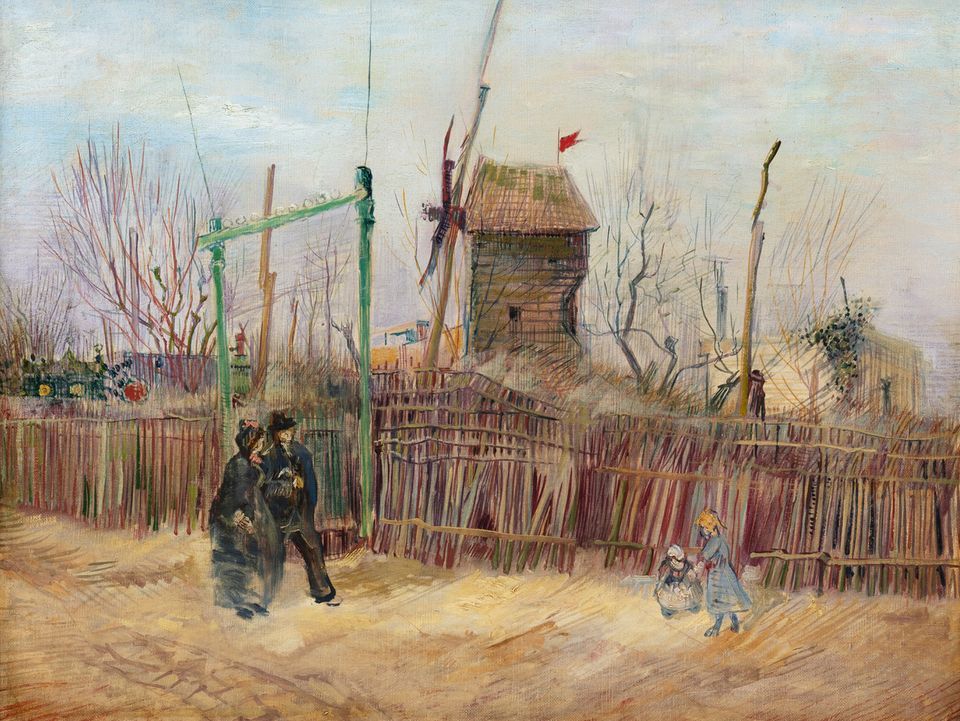 The sales started with the Impressionist and Modern art evening sale, which managed to amass a total of £35M, with a sell-through rate of 91 percent. That sale’s highlight was the extended bidding on Vincent van Gogh’s 'Scène de rue à Montmartre', where interest from an online bidder pushed the price well past the high estimate of £8M. Sotheby’s International Specialist Samuel Valette believed he had secured the work as the auctioneer brought down the hammer, but the online bidder submitted a £14 million bid shortly before the gavel touched the rostrum.

It appeared to go to the online bidder, but there was one more twist. Later in the sale, the auctioneer announced that the lot would be reintroduced. The second time around it hammered (not to Valette) at almost £10M—way higher than the estimate, but lower than it had gone for before. With fees, the final price was £11M.

Then it was on to the Modern Renaissance sale: the top lot was Edvard Munch’s 'Embrace on the Beach', which hammered at £14 million, above a £12 million high estimate. With fees, it totalled £16.3 million. It sold to an Asian client on the phone after competing with heated bidding from other phone clients.

The second biggest lot was an Arshile Gorky landscape, 'Garden in Sochi', set to sell for a high estimate of £2.8 million. Instead it went to a client on the phone for a hammer price of £7.3 million. With fees, the final price was £8.5M. 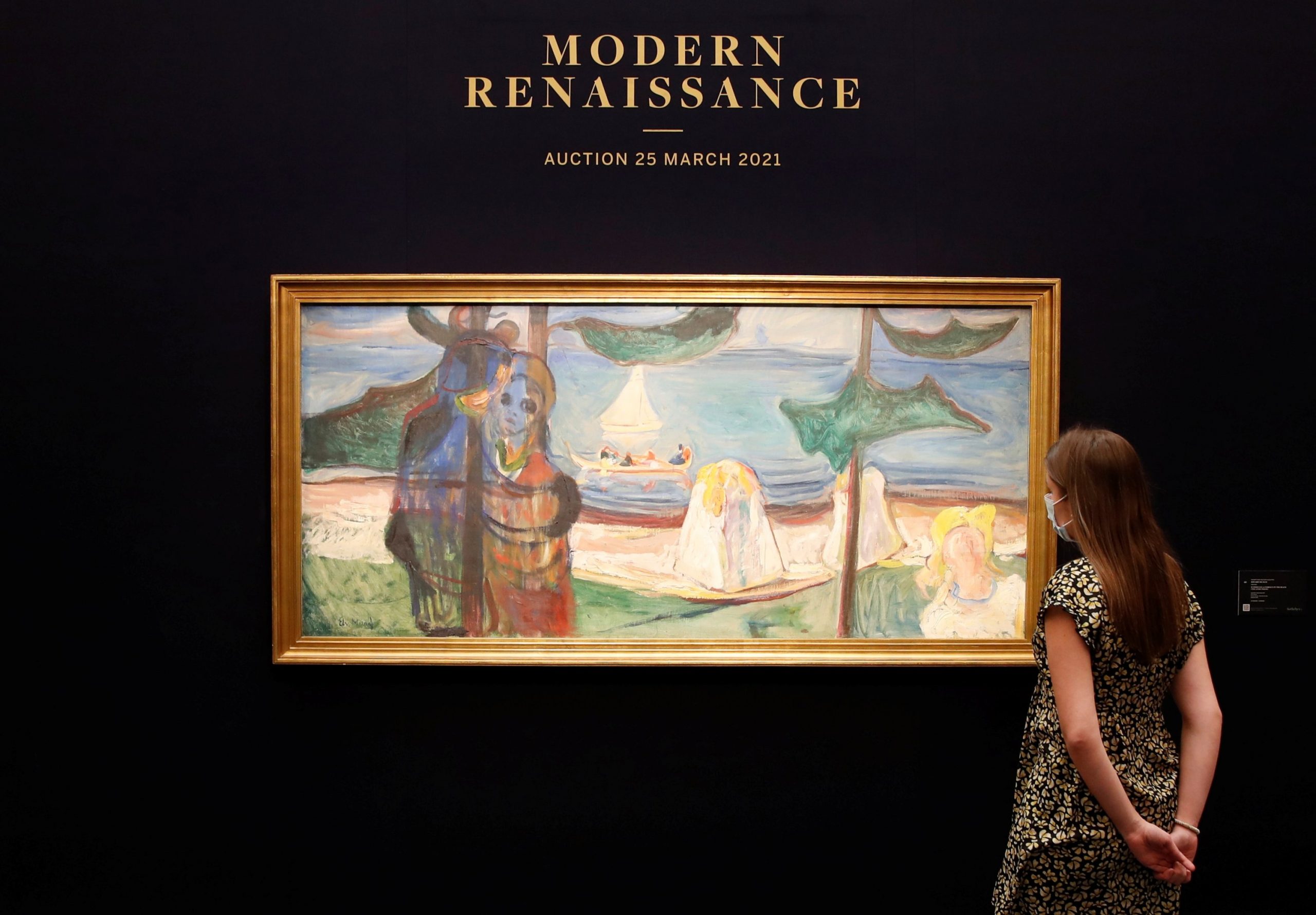 Summer Day or Embrace on the Beach (The Linde Frieze)

Not everything performed well, though. Three high profile lots were withdrawn before the sale: an Yves Klein, a Pierre Soulages, and a Mark Bradford. Moreover, the highly advertised work by Piero del Pollaiolo broke a record for the Renaissance artist, but it also hammered at £3.8M hammer, shortly below the low estimate of £4M.

But generally, the vibes were good in the salesroom and online. An unexpected highlight was the very long bidding war for Jean Fautrier’s 'Corps d’otage'. Estimated to sell for between £500,000 and £700,000, it went to a phone bidder with a final bid of £2.5M hammer—nearly four times the high estimate.

Before to conclude, Banksy confirmed his appeal among global collectors, regardless of the piece and its intrinsic characteristics: an online bidder paid £900,000 hammer price for one of the 88 editions of 'Girl with Balloon – Colour AP'. With fees, that totalled £1.1M. 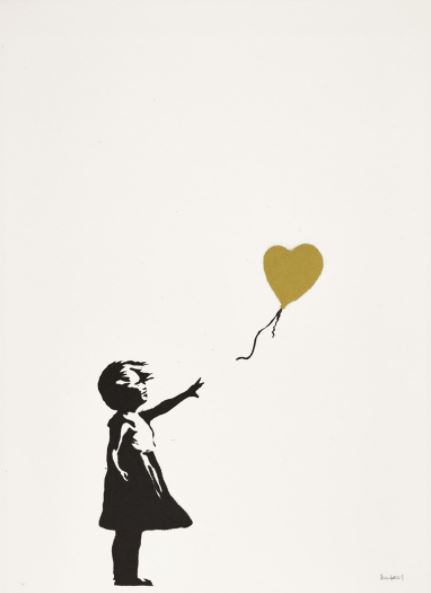 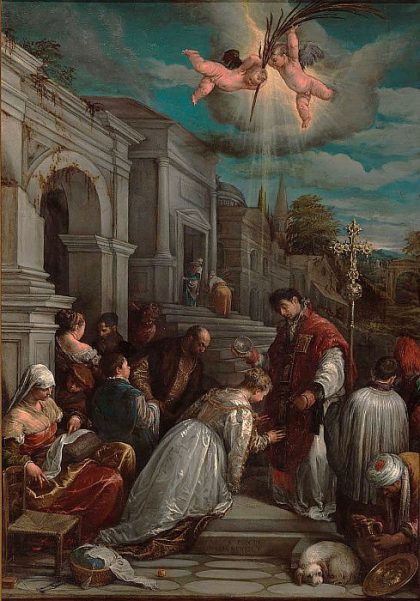 An art journey behind the history of Saint Valentine's Day celebration