The recent marathon of high-profile Spring auctions in NY confirmed a market trait already seen in London earlier this year: prices and records for emerging stars soaring into the millions of dollars, suggesting a slowdown at the highest end of the market.

In fact, many works by artists who drew frenzied bidding just a few years ago - including Christopher Wool, Mark Grotjahn, and Adrian Ghenie, sold on single bids - while demand for emerging art remained buoyant. Christie's 21st-century sale rather vigorously showed this, with a remarkable bidding presence coming from Asia, almost absent in their Ammann Collection sale – which saw Warhol’s Shot Sage Blue Marilyn selling for $195 million to megadealer Larry Gagosian - counting for just 10% of activity.

All 31 lots sold for a total of $103.1 million, just shy of the $106.5 million high estimate. Asian collectors made their presence known from the very first lot of the sale, a 2020 painting by 27-year-old Anna Weyant. Titled "Summertime", it depicts a young woman, resting her head on a table, hair drooping down like a tablecloth.

It was the first of three Weyant paintings to be featured in auctions this month (Sotheby’s and Phillips having Weyant in their high-stakes evening sales too). Estimated at $200,000 to $300,000, "Summertime" eclipsed that figure in the matter of seconds. At least seven bidders chased after the painting, with two final hopefuls battling it out in Hong Kong. When the gavel finally fell at $1.2 million, the room erupted in applause. The final price, with fees, was $1.5 million, astonishing for an artist who made her auction debut just two months ago. 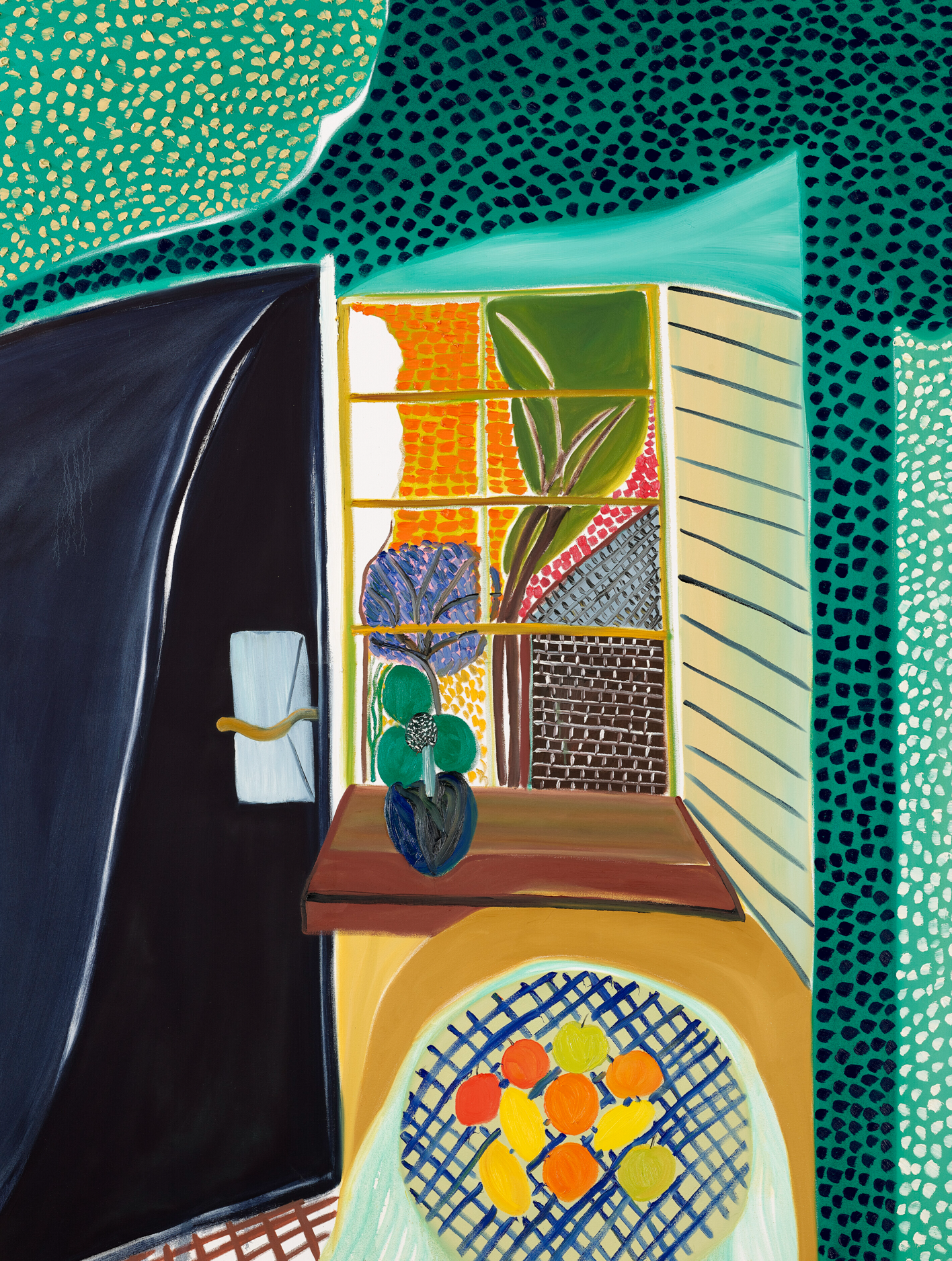 A similar scenario played out again and again. "Spins from Swiss" (2017), a painting by Shara Hughes, was underbid by Asian clients, selling for a record $2.9 million; Matthew Wong’s "Green Room" (2017) was pursued by several Asian clients to a new auction record of $5.3 million, and purchased in the Hong Kong salesroom. Asian bidding helped establish new auction records for Ewa Juskiewicz ($1.6 million) and Joel Mesler ($907,200) as well.

Things were a lot less boisterous at the higher end of the market, perhaps not that surprising for a sale which Christie’s executives affirmed “was designed to pave the way for a new generation of clients, who will eventually determine the new taste”. To confirm this, 10% of the bidders were millennials, the auction house stated.

The new frontier keeps quickly shifting — most recently to NFTs - and so, in light with this new spirit, the auction appropriately ended with "Living Architecture: Casa Battlo" , a newly minted NFT by artist Refik Anadol, inspired by the iconic Antoni Gaudi building in Barcelona, Spain. Less than three minutes later, the work sold for $1.4 million. 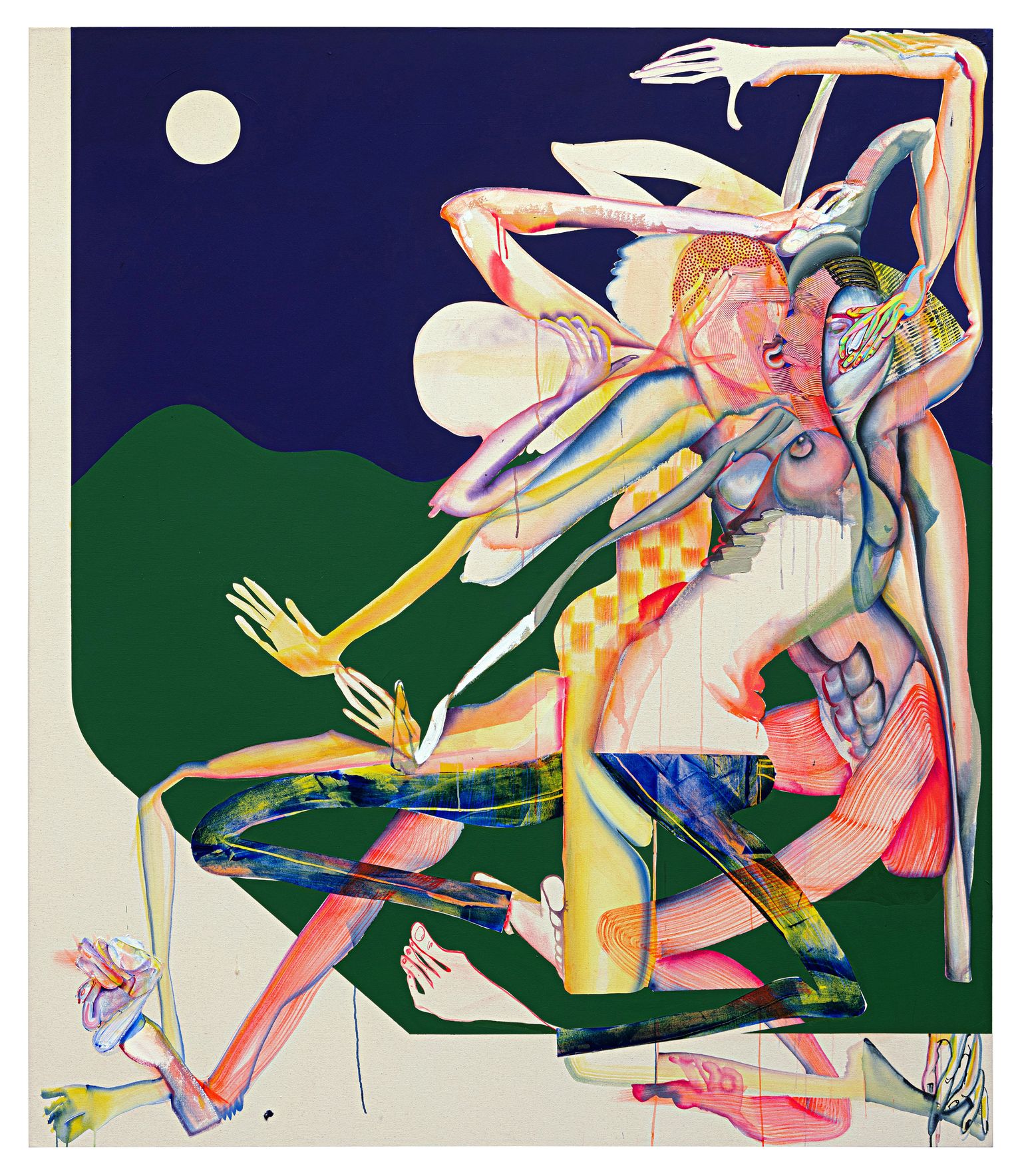 Night Fell Upon Us Up On Us

As soon as the first lot was opened, Anna Weyant's "Falling Woman" (2020) and judging from the rate of bids flowing in, it was clear that the very first record of the night was about to materialize in minutes: the work indeed set a new record for the 27-year-old artist at $1.6 million, after being catalogued with a laughable low estimate of $150,000.

But undoubtedly the star of the night was Christina Quarles' vibrant figurative work portraying a couple locked in heated embrace beneath the moon. Titled "Night Fell Upon Us Up On Us" (2019), the piece’s estimate was set between $600,000 to $800,000 and in the end it sold for $4.5 million. 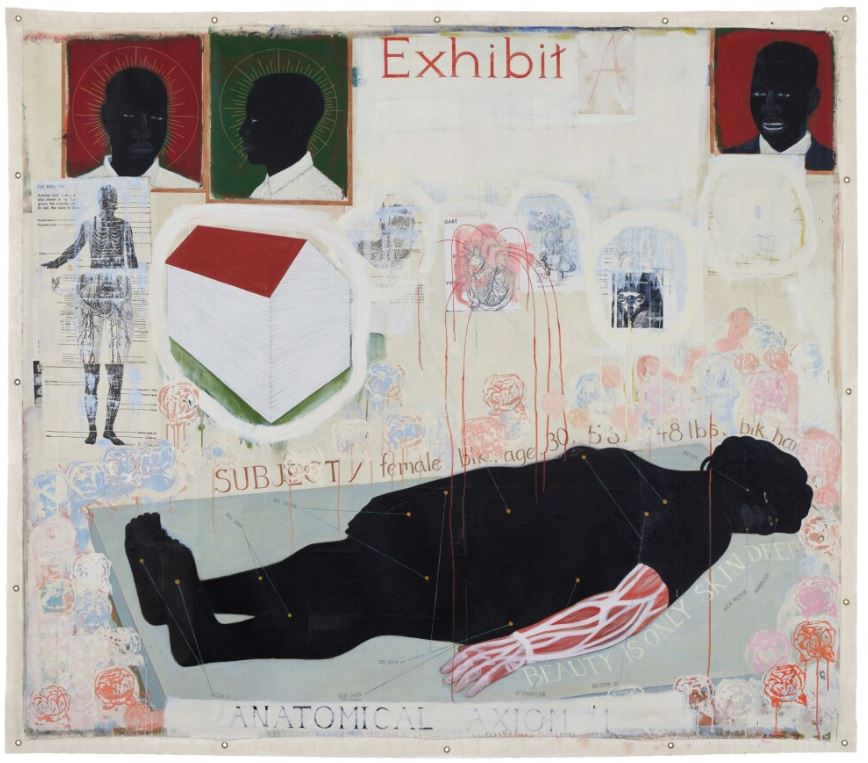 Most of the lots in “The Now” sale was by female artists, and in total, works by women accounted for $28 million worth of sales tonight, with all but one lot exceeding its high estimate.

Other highlights of the sale performed robustly too. Matthew Wong’s "The Night Watcher" (2018) nearly tripled its high estimate of $2 million to bring in $5.9 million. And the most acclaimed lot of the whole auction - Kerry James Marshall's "Beauty Examined", which portrays a Black female figure laying on what appears to be a hospital bed - sold for $13.5 million. Sale proceedings will entirely go to benefit Loma Linda University, a Seventh-Day Adventist college outside Los Angeles.

Identical revenue destination for a desk designed by the late Virgil Abloh in 2019: it sold for $151,000 and will contribute to the funding efforts of his foundation, which provides scholarships for black college students. 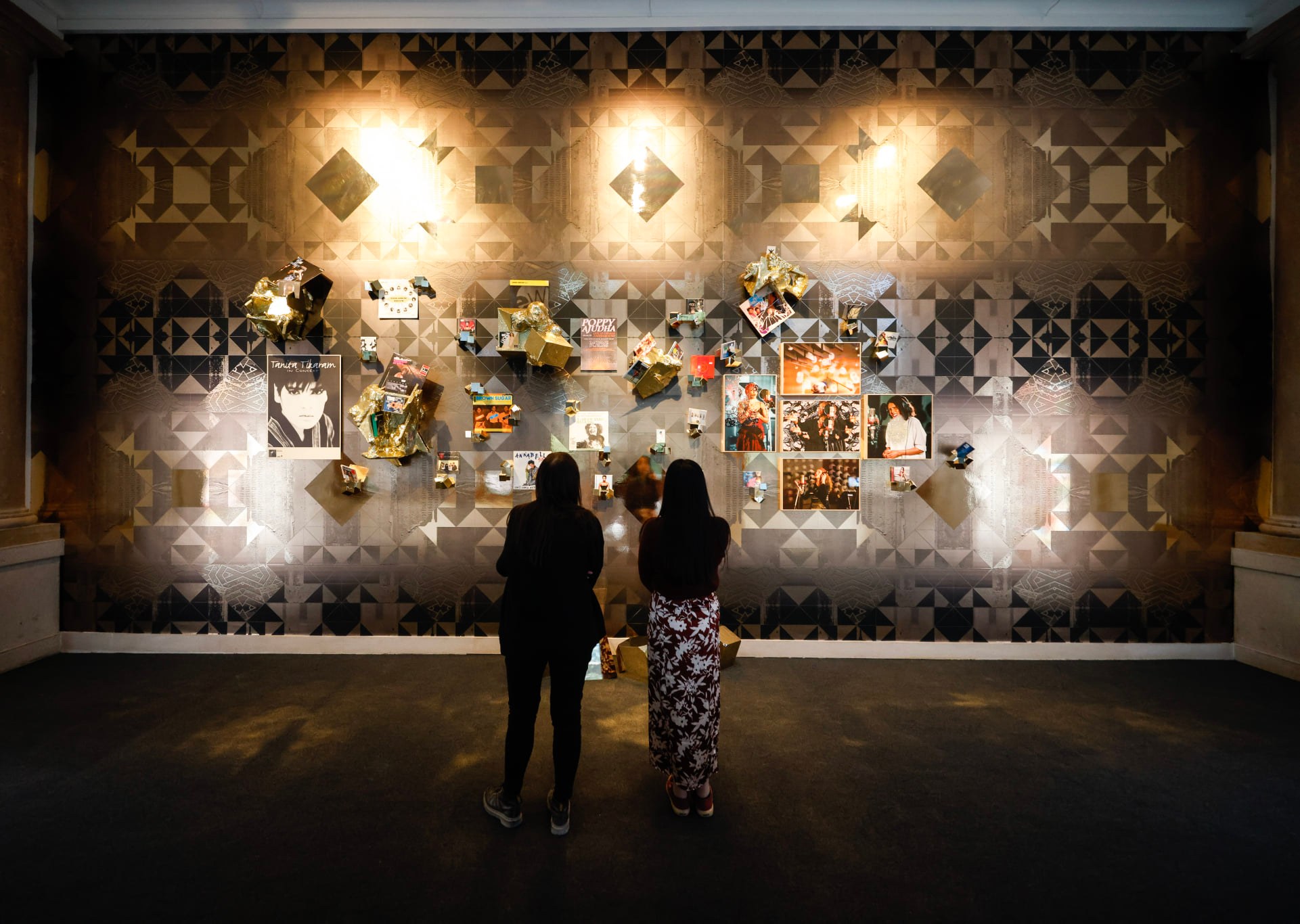 The best pavilions at the 2022 Venice Biennale - Our Selection