Giovanni Paolo Panini was the most illustrious painter of vedute in Rome during the eighteenth century. Born in Piacenza, in 1711 Panini moved to Rome reaching considerable fame as a painter of decorative frescoes. Furthermore, he painted landscapes, influenced by the work of Gaspar van Wittel (1653-1735), but also capricci, compositions in which recognisable monuments are placed in imaginary settings, following the examples of Giovanni Ghisolfi (1623-1683) and Viviano Codazzi (1604-1670).

Pairs such as this one are a fine example of the kind of paintings Panini became famous for. Such architectural landscapes, highlighting the grand historical as well as artistic heritage of the Eternal City, were indeed in great demand throughout the 18th Century, especially among Grand Tourists. 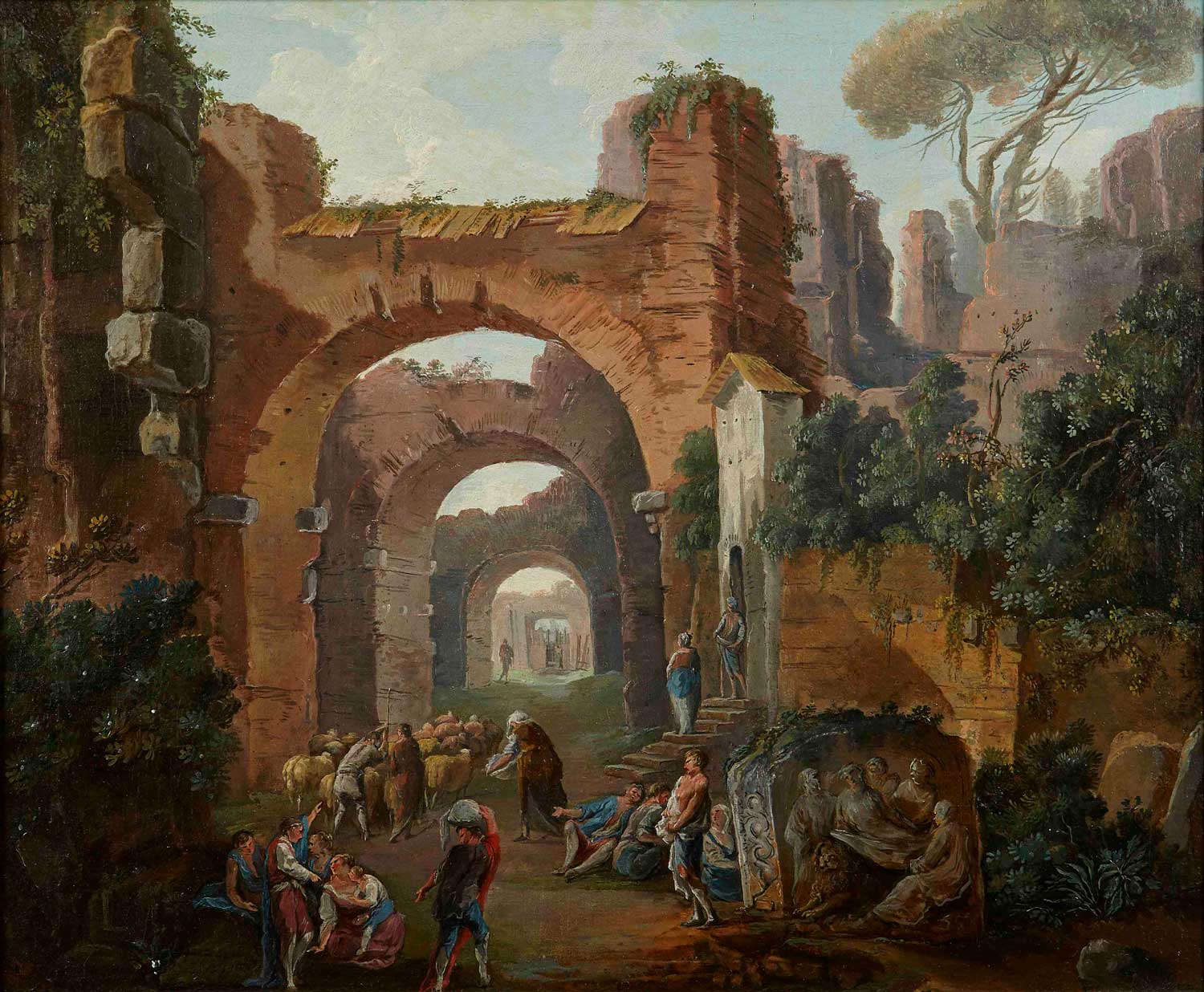 Hubert Robert, French landscape painter, known also as Robert des Ruines, was born in Paris in 1733. In 1754 he moved to Rome in order to attend the prestigious Accademia di Francia and to this time dates back his friendship with the famous artist, architect and engraver Giambattista Piranesi (1720-1778). Of equal importance was the production of Giovanni Paolo Panini (1691-1765), whose vedute Robert re-interpreted with a more painterly, almost early Rococò, style – thanks to the influence and suggestions coming from the young Jean-Honoré Fragonard (1732-1806).

The present pair is a beautiful example of Robert’s skilful ability to reproduce romantic views with classical ruins placed in either real or imaginary landscapes. 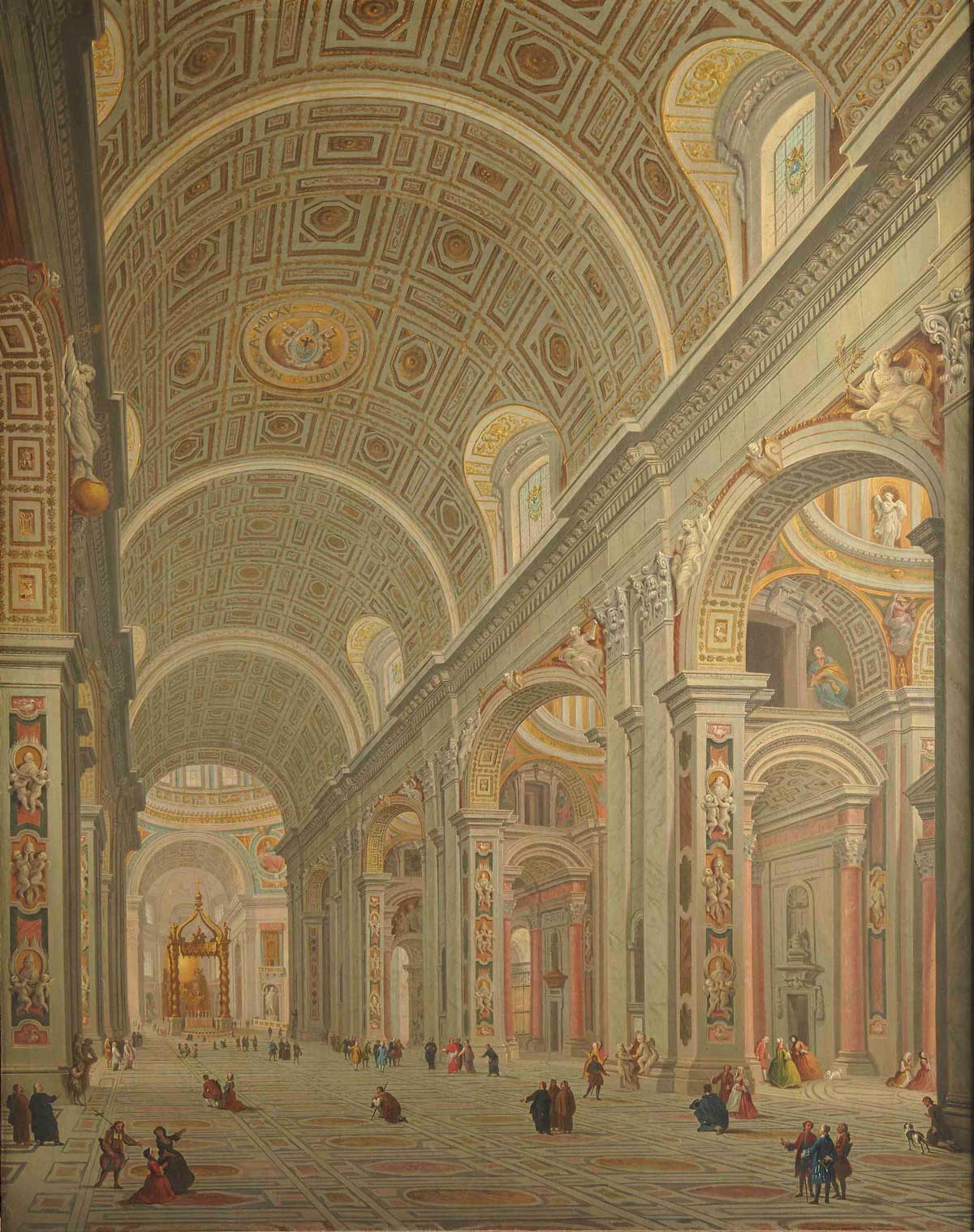 Giovanni Paolo Panini, thanks to his teachings as well as to the fame which soon achieved with his vedute and architectural landscapes, was able to stimulate a proper art school among his pupils and other artists – Italian and foreign – who took direct inspiration from his production and subsequently passed on his artistic legacy, such as in the case of this canvas depicting the interior of Saint Peter’s in Rome.

Oil on canvas
second half of the XVIII century