The December 2016 Old Masters Week in London will definitely not be remembered for smashing any groundbreaking art market records but in a time when even the presence of Old Masters within the international auction calendar has been questioned, such outcomes work as much-needed healing balms.

A convinced – and perhaps relieved – applause closed the Sotheby’s Old Masters Evening Sale the night of Wednesday the 7th: a well-balanced auction that performed solidly and consistently. Of great help were undoubtedly the estimates provided which, in light of the rather disappointing figures of previous months (many had probably still in mind their weak July sale), had been sensibly adjusted this time round. Furthermore, provenance of several pieces from four prestigious collections (Marquess of Lothian, the Forbes Collection, the Rutter Collection and the Von Lenbach Collection) proved equally key.

In the end, only 7 out of the 41 lots catalogued did not find a buyer (with an additional one withdrawn beforehand), 80% of sold lots exceeded their high estimate and the grand total was £14,835,500 – fees included.

Elsewhere, two little 17th Century Dutch gems caught our attention and were fiercely disputed: a 1649 River Landscape by Jacob van Ruysdael (a nocturne, fairly uncommon for the artist), sold for £512,750 (with fees; estimate £30,000 to 40,000) and our ‘painting of the week’: the exquisite The Temptation of Saint Anthony by Roelandt Savery. Produced between 1603 and 1616, this small, delicate oil on panel representing the Saint surrounded and tempted by a vast array of fantastic creatures – a clear tribute to Hieronymus Bosch – reached £440,750 (with fees) from an estimate of £60,000 to 80,000. 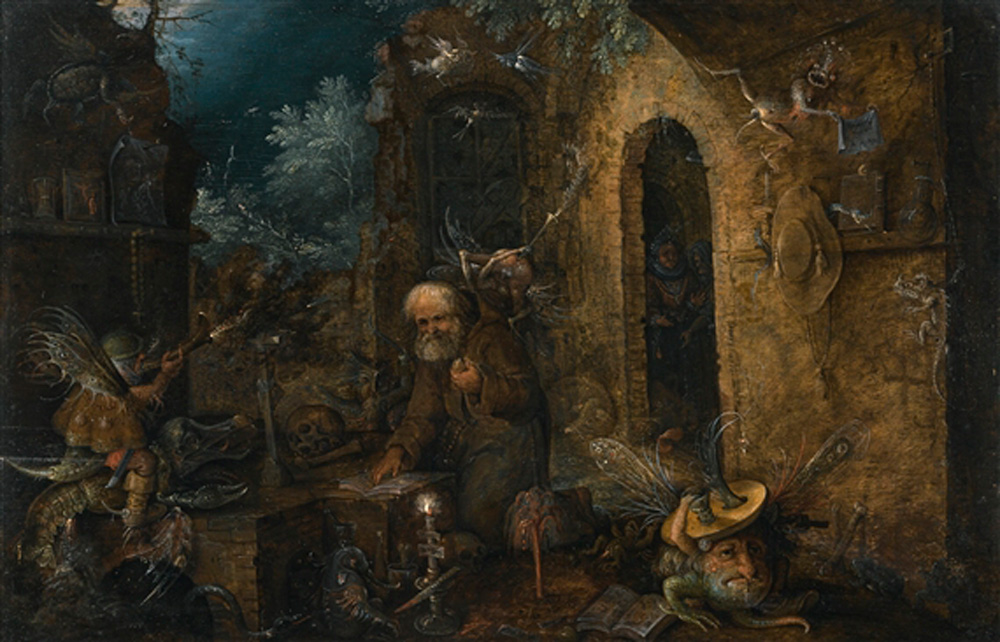 The Temptation of Saint Anthony

Christie’s followed on the 8th and it turned out to be an evening of surprises and mixed feelings: the auction had not started yet and then the audience had already enough to vividly speculate about, given that the two star lots featured in the catalogue had just been withdrawn – The Monarch of the Glen by Sir Edwin Henry Landseer and a sketch by Goya, A Woman with two Boys by a Fountain.

However, as it later became clearer the reasons behind such a decision could not be more opposite. Whereas the canvas by Landseer representing an imposing Scottish stag (estimate was on request) is in fact being negotiated with the National Gallery of Scotland privately, the Goya (carrying an estimate between £4,000,000 and 6,000,000) was simply unable to register any significant bid.

An additional casualty was Bernando Bellotto’s The Courtyard of the Fortress of Königstein with the Magdalenenburg, which did not manage to go beyond £1,700,000 in the room, rather below the estimate provided (£2,000,000 – 3,000,000).

With Sotheby’s, Christie’s shared the same number of unsold lots (7 out of 39, plus the two withdrawn mentioned above) and overall the sale totalled a slightly smaller amount: £12,224,500 – fees included. Among the remaining highlights, a reassuring response came especially from Jacob Jordaens’ The Holy Family with an Angel, sold for £1,805,000 (with fees) which flew well-above its original estimate (£500,000-800,000) and was contended between the notorious dealer Johnny van Haeften and a telephone bidder, who in the end succeeded. 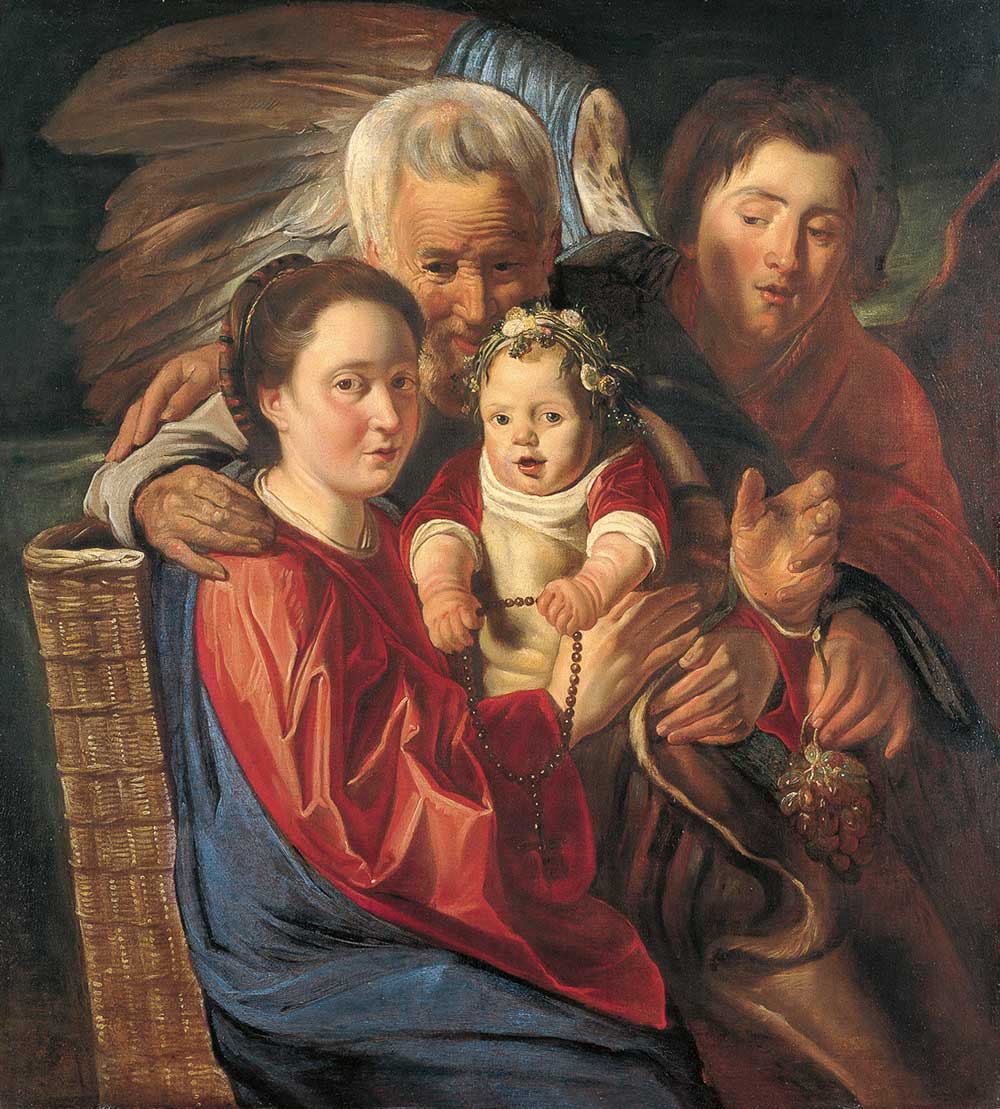 The Holy Family with an angel

Lastly, also on Thursday the 8th but in the afternoon at Bonhams there was a legitimate moment of collective excitement when another small sketch by John Constable – Flatford Lock on the Stour looking towards Bridge Cottage, almost totally unknown previously, kept within the same US collection for decades and now believed to represent the preliminary stage of a finished painting (Landscape: Boys Fishing) – set the new world auction record for a small sketch by the artist, achieving £869,000 (with fees, original estimate at £200,000 and 300,000). 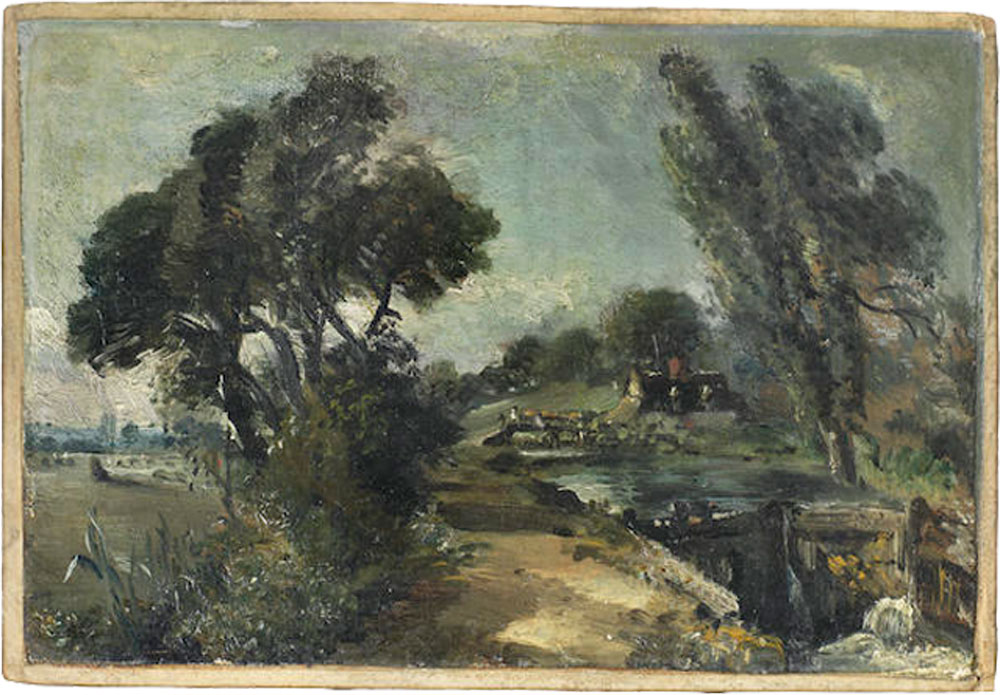 Flatford Lock on the Stour looking towards Bridge Cottage

To conclude, this 2016 has left the general impression of a patchy as well as unstable market, but it is no doubt that these late Fall auction results have allowed to end the year on a reassuring good note. From the next relevant event (Sotheby’s NY Master Paintings, on January 25th) on, we will see whether the trend will stay positive so to cast a brighter light on the segment.

The saleroom at Sotheby’s NY during the evening auction