An art journey behind the history of Saint Valentine's Day celebration

City Museum of Bassano, Italy
Oil on canvas,
Circa 1575

Frankly overshadowed by a mostly pseudo-romantic, cheesy and market-led iconography that nowadays has largely transcended its original meaning, the history of Saint Valentine’s day dates back to the late Roman age. It was in fact established by Pope Gelasio in 495 AD.

Historians and hagiographers managed to track down at least three different saints under the exact same name, all three victims of religious persecutions perpetrated by Roman emperors and hence subsequently glorified as martyrs. The most famous of the three was Saint Valentine from Terni (Terni, circa 176 – Rome, Feb 14th 273 AD), a city located in the charming region of Umbria, in Central Italy. 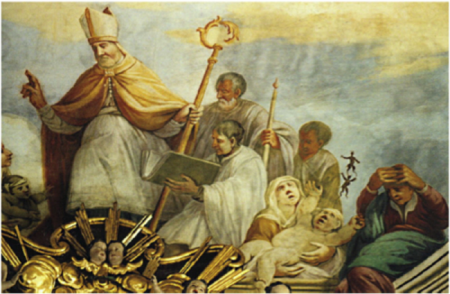 Mentioned for the very first time in an official document - the 'Martyrologium Hieronymianum', dating back to V-VI century AD – he was appointed bishop of his native city when he was 21 and during his life he made a name for himself as the patron and protector of conjugal love and by association of marriages, which he never hesitated to favour and often at his own peril.

The tradition in fact goes that it was indeed as a consequence of a prohibited wedding ceremony between a Roman pagan soldier and a Christian, which Saint Valentine had agreed to celebrate nonetheless, that he was beheaded at the remarkable age of 97. It is interesting to note how the date of February 14th already somewhat had a romantic connotation for Romans too: such a day was placed towards the end of their calendar and therefore close to the official beginning of the new year, which started on March, 1st – a period that pagans considered favourable for flirting and romance among youth. 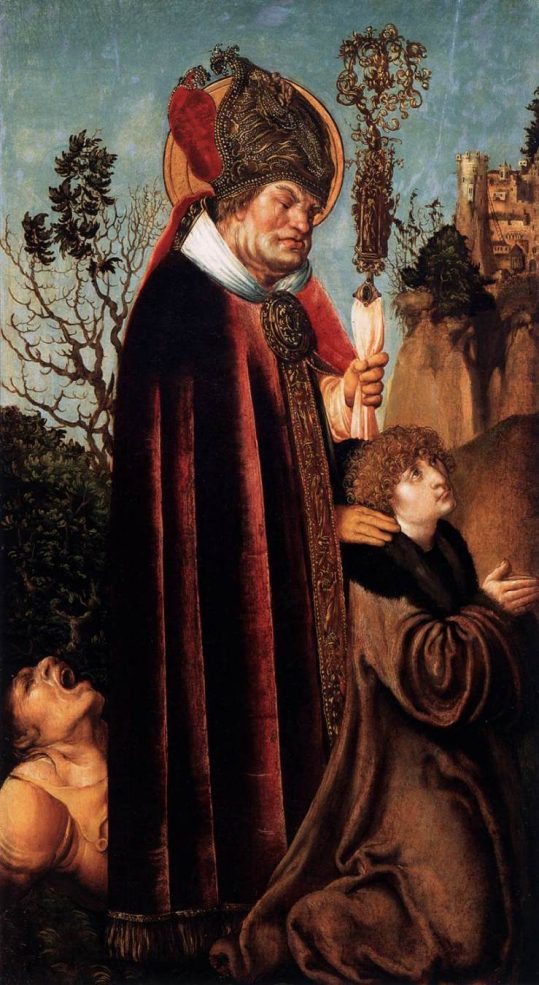 Saint Valentine with a Kneeling Donator

The Paintings Gallery of the Academy of Fine Arts Vienna, Austria
Tempera on wood
Circa 1502

Moving towards a more iconographic and art historical point of view it is fascinating to realise how, also in this case, the tradition established in Northern Europe – where the earliest references to the saint in the Middle Ages can be found, see for example XIV century England - differed so much from the one in the Southern countries throughout the centuries.

Whereas in the latter Saint Valentine rapidly assumed the features of an austere and elderly person - a stylistic connection to both his age as well as to him being patron saint of people with epilepsy too - it was mainly thanks to French artists first but especially to their Italian counterparts in the XVI century that his physical traits changed and his figure rather became that of a young, gracious and pleasant-looking priest. 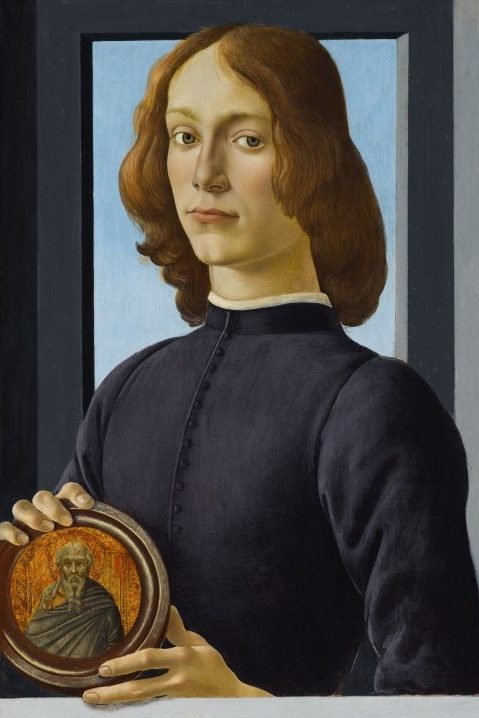